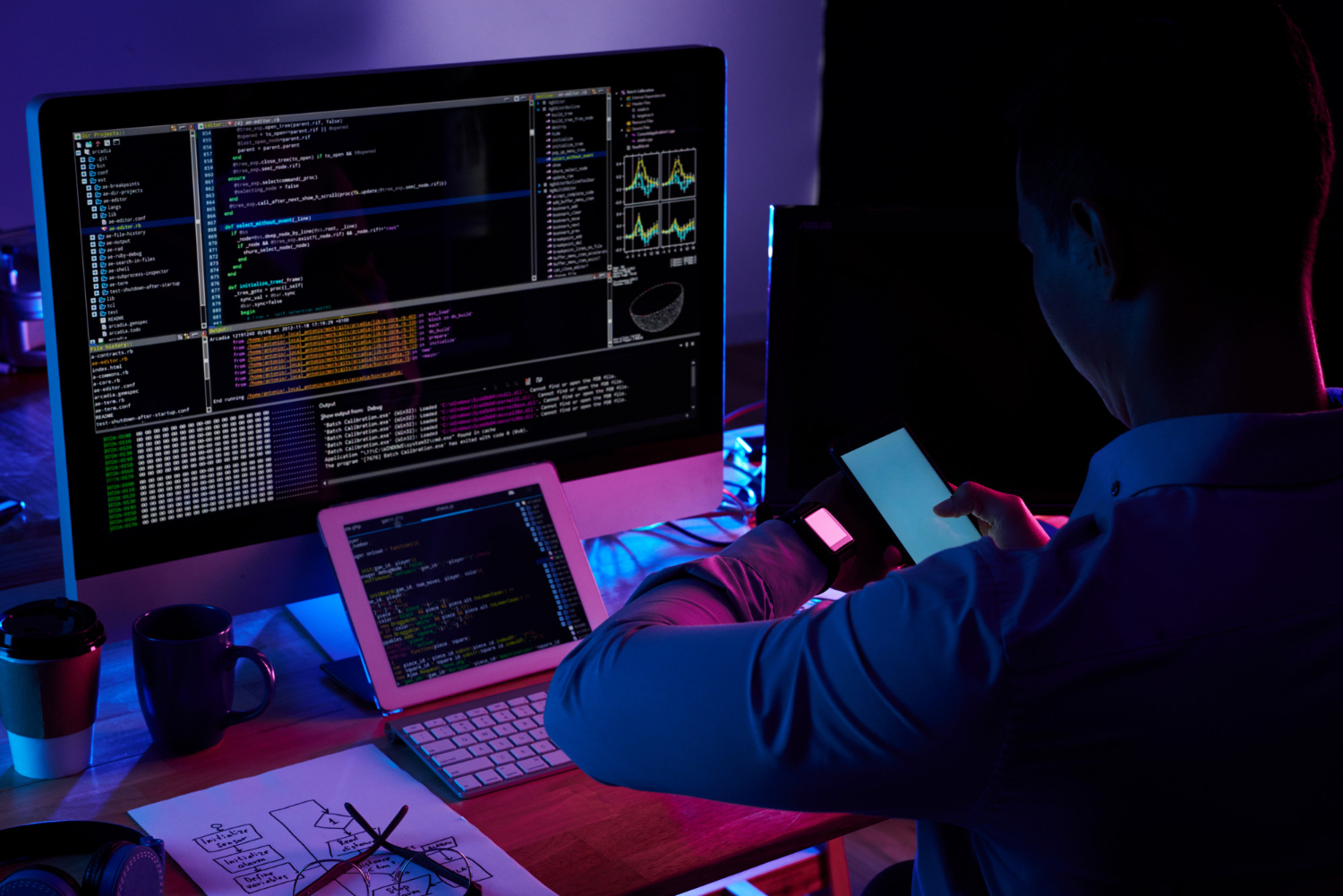 The ultimate goal of product development is to make a product intuitive for the user. You give it your all to create a user-centered application, but you won’t know how effective it is until it’s tested with a representative group of the target audience. As a result, usability testing enters the picture as a crucial part of determining why mobile app development is important.

In general, it’s a study that determines how real people will engage with your website, app, or product. This method can assess and anticipate the performance of your product before it is released into the market. Usability testing is carried out with the assistance of actual app users. It aids in determining the app’s user-friendliness as well as identifying usability issues.

Usability testing is frequently done during the design stages so that the program can be updated and improved as needed. It allows you to spot flaws in product design, messaging, navigation, CTA buttons, and other user-interactive aspects. It gives you insight into how a user will interact with the app using their Heart Vs. Brain. This information can help you make informed judgments and win over your customers’ hearts.

As a result, we can claim that usability testing aids in the conceptualization of your app’s concept and the optimization of content and app structure. You will have a product that functions in the best interest of the people who will be using it if you use usability testing. Usability testing allows you to analyze the application’s ease of use and make educated judgments.

Why Is Usability Testing Important?

Assume you’re introducing a new pricing page to your website. You’ve done your homework on how to put it together, and you’ve created a few variations to the A/B test. Version A outperforms Version B by 40%. You’re ready to go live. Now, it’s all well and good to A/B test your work, but just because A outperforms B doesn’t mean it’s more successful than B.

The usability testing process can display real flows, issues, and thought processes when using your product. Essentially, it is the greatest approach to determine how effective the solution you’ve built is. Usability testing provides you with this crucial input, which saves you the time and effort of figuring out why your solution didn’t work and having to start over.

What Do You Need Before Testing?

A common approach to usability testing is simply cutting to the chase; getting all the components that you want to test ready, and simply proceeding with a trial to see what users think about the app.

However, there are a few problems that can occur. For one, if you aren’t sure about why you’re testing the app – in other words if you don’t know what you want to learn about the trial run, what it is you’re looking for and why the test is even necessary in the first place – then it’s going to be difficult to gauge and anticipate results.

A better idea is to think about why you are running the test, and come up with potential expectations that need focusing on in order to identify specific conclusions. As a result, it is critical to note down the following points:

You can test anyone with whom you come into contact and expect a wide range of replies. Are you, however, going to acquire top-quality results? Probably not, considering the majority of them aren’t even your product’s end users.

Identifying this early on, even before you start constructing your product or prototype, is critical. When it comes to choosing who you’ll test with, there are a few points to keep in mind.

And, while the user may meet all of your standards, they may not be engaged enough to provide useful feedback, so you don’t want to test with them.

So, now that you know what you’re testing and with whom, you need to figure out how you’re going to test it. How do you test your product or prototype? What approaches or tools do you employ? The following are some examples of items you could test:

A handful of these are under the category of others, but they’re worth noting so you may select between them.

4. How much are we testing?

Now it’s time for the numbers game! How much is too much, and how much is too little? According to some supervisors, the number seven is the most important. Up to 5 (+/- 2) individuals will receive unique results and feedback, after which it will become repetitive.

It’s usually beneficial to have a large number of participants to prove if something is true or incorrect. Having too little, on the other hand, may not be as productive and fruitful. Also, how much testing do you conduct? In a single session, how many screens or features do you load in?

If there’s one thing learned from professionally testing corporate products, it’s that getting consumers to test may be challenging, and you don’t want to underuse or overwhelm them. Some of the things to keep an eye out for are:

Is this something we’re doing in a meeting room? In a coffee shop, perhaps? Are you at a conference? Are you testing on a laptop, phone, or piece of paper? These are some of the questions you should ask to make planning your test easier.

If you want to test an online desktop product in a coffee shop, for example, you’ll need a laptop, internet connectivity, and plenty of battery. Some of the details are as follows:

Finally, if you’ve figured out everything else, you may set the date, time, length, and anything else that will make scheduling test sessions with participants easier. You must also pick how many days or weeks you want to devote to the test sessions so that you do not test indefinitely. This makes it easier to set and keep to deadlines.

The finding, prioritization, and resolution of usability issues are the main activities in diagnostic problem discovery testing. This is the most frequent testing goal, and it’s probably what most practitioners (and the broader product development community) are thinking of when they say “usability testing.”

Goal 2: To Compare Against a Benchmark

Benchmarks are reference points that help to make measurements more relevant. They’re utilized in a variety of sectors, including usability testing (for example, hardware performance and company profitability). While many researchers employ metrics in their usability assessments, they don’t always compare them to one or more standards.

Two basic tasks are included in studies that have a primary focus on a comparison versus quantitative benchmarks:

Usability tests are usually conducted in a usability lab, which is a specially designed room. The lab is divided into two rooms by a one-way mirrored window, allowing spectators to monitor the test without being seen by the test subject. You can, however, conduct a test without a lab. All you need is a computer and a guarantee from all test observers to remain silent and out of the test subject’s sight (that is, behind them) for the duration of the exam.

A test moderator examines the test subjects as they complete their duties. The moderator keeps track of the user’s actions and records whether or not the user can accomplish the assignment, in what time frame, and with what steps.

The moderator’s contacts with the participant are limited to providing initial task instructions and occasionally pushing the participant to further explain their comments while they are working on their assignment. If a participant responds, “It was simple,” the moderator may respond, “Tell me more about that.” This non-directive question invites the participant to explain what they believe happened and why it worked for them.

Because the moderators give nonjudgmental comments and do not assist, the participant is obliged to do their assignment using their own devices, just like they would at home or work.

The behavior of tested users in a lab and remote studies is very similar, as indicated by task completion rates and task times. Users had similar difficulties finishing the activities and spent equal amounts of time doing so. This is comforting since it shows that diverse surroundings do not result in different types of behavior.

The users in these remote testing virtually often left lengthy typed remarks. The fact that this form of remote test can accommodate a larger number of users has obvious benefits. The most obvious benefit is that the users are more diversified, increasing the chances of discovering problems that are specific to certain sorts of users.

Another advantage of having users complete activities at their computers is that difficulties related to specific contexts are more likely to be addressed.

Once everything is set up and ready, it’s time to run the usability test. At this point in time, it’s important that moderators of the test follow the prepared protocol with users as closely as possible. A little bit of leeway can be made for sudden customizations or adaptation, but standardization is a priority.

It might be a good idea to also collect pre-testing data in order to ensure that you have established a proper understanding of the demographic that comprises your test users. For example, in the case of an online shopping app usability test, it can help to know when was the last time users shopped online or what their usual process of shopping online is like.

During test facilitation, be sure to remind users to externalize thoughts or feelings while they interact with the trial system. They should speak out loud when there’s a point of frustration or confusion in regards to navigation for instance.

Analyzing the test data after the trial run is a necessary process in order to reach an effective conclusion. However, there’s no fixed way to do this. In a nutshell, your job as a tester should be to collect all the information from the trial and identify which types of data are appropriate to build emerging trends of behavior, or which ones indicate possible solutions to pertinent problems.

A findings report should have basic details to help arrive at a conclusion. This can include an overall summary of the usability test, the methodology used, final results, and conclusive findings.

In the end, usability tests are an integral part of enhancing your mobile app’s official performance, with user experience, functionality and overall value in mind. How you carry out the test ultimately depends on you, but it’s a good idea to consider these steps as a framework before you begin.