So, Let’s imagine a government is trying to build or develop a Highway in their country but how the government will gonna plan for it. Well, answer they will divide the process into small processes and that’s it. they will build the highway in phases and even there will be more division for eg. material providing, testing, transportation for creating a system. 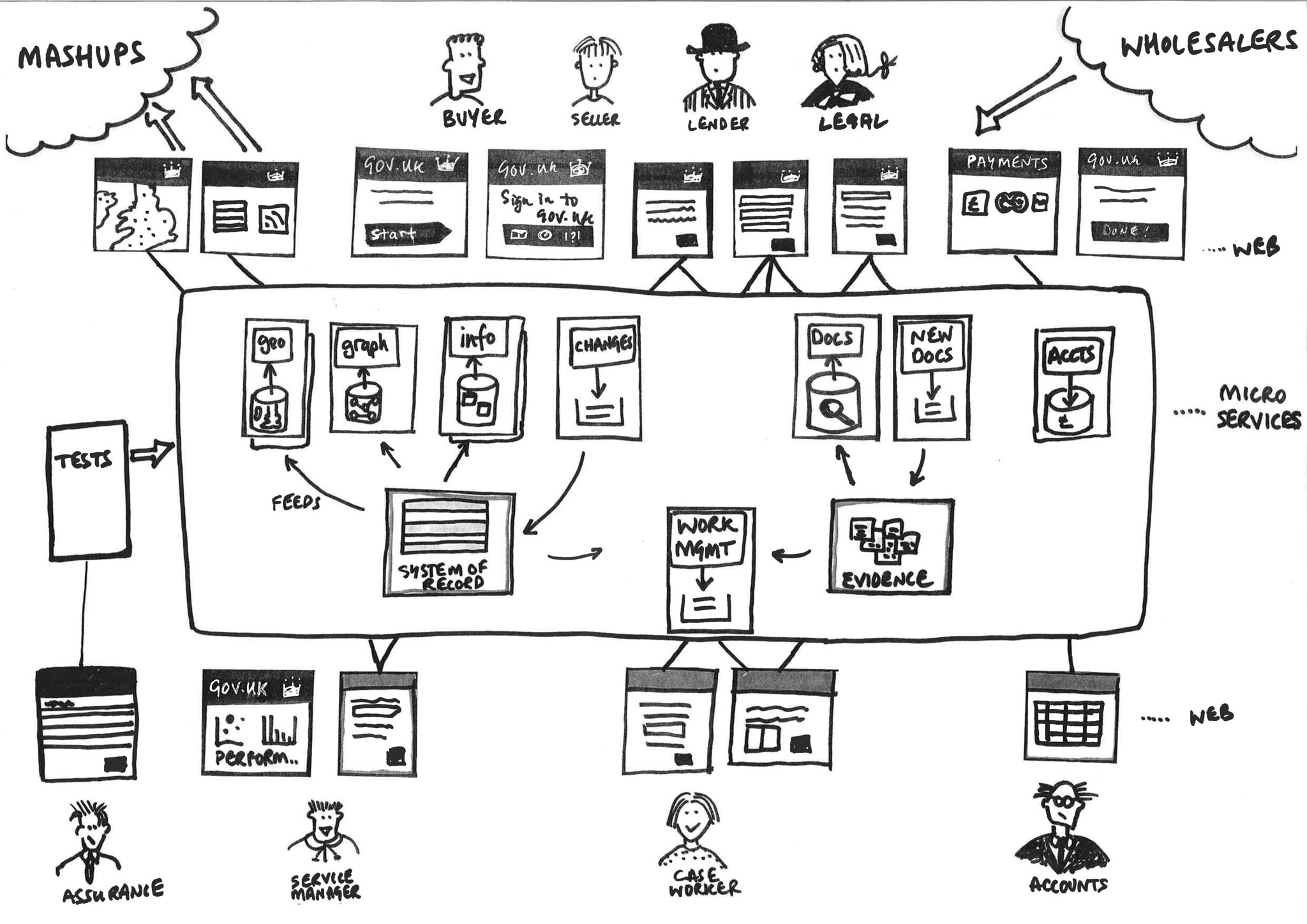 So, Let’s imagine a government is trying to build or develop a Highway in their country but how the government will gonna plan for it. Well, answer they will divide the process into small processes and that’s it. they will build the highway in phases and even there will be more division for eg. material providing, testing, transportation for creating a system.

And that’s how in system design or software development for creating the big Distributed system we decompose the processes for developing. for like there will be many services running independently for supporting other services to become a proper system. like in this image given above.

Why it is better from other architecture

What sets a microservices architecture apart from more traditional, monolithic approaches is how it breaks an app down into its core functions. Each function is called service and can be built and deployed independently, meaning individual services can function (and fail) without negatively affecting the others. This helps you to embrace the technology side of DevOps and make constant iteration and delivery (CI/CD) more seamless and achievable.

Think of your last visit to an online retailer. You might have used the site’s search bar to browse products. That search represents a service. Maybe you also saw recommendations for related products — recommendations pulled from a database of shopper preferences. That’s also a service. Did you add an item to an online cart? You guessed it, another service.

How can anyone start with Microservices?

There will advantages but with some challenges also

Examples of Microservices in Action

Let’s look at some examples of microservices in action. The enterprises below used microservices to resolve key scaling and server processing challenges.

In the early 2000s, Amazon’s retail website behaved like a single monolithic application. The tight connections between – and within – the multi-tiered services that comprised Amazon’s monolith meant that developers had to carefully untangle dependencies every time they wanted to upgrade or scale Amazon’s systems.

Here’s how Amazon did it:

Amazon assigned ownership of each independent service to a team of developers. This allowed teams to view development bottlenecks more granularly and resolve challenges more efficiently since a small number of developers could direct all of their attention to a single service.

As for connecting the microservices to form the larger application:

The solution to the single-purpose function problem was the creation of a rule, to be adhered to by developers, that functions could only communicate with the rest of the world through their own web service APIs. “This enabled us to create a very highly decoupled architecture,” said Brigham, “where these services could iterate independently from each other without any coordination between those services, as long as they adhered to that standard web service interface.”

Amazon’s “service-oriented architecture” was largely the beginning of what we now call microservices. It led to Amazon developing a number of solutions to support microservices architectures – such as Amazon AWS (Amazon Web Services) and Apollo – which it currently sells to enterprises throughout the world. Without its transition to microservices, Amazon could not have grown to become the most valuable company in the world – valued by market cap at $941.19 billion on Feb. 28, 2020.

According to a Netflix:

Our journey to the cloud at Netflix began in August of 2008, when we experienced a major database corruption and for three days could not ship DVDs to our members. That is when we realized that we had to move away from vertically scaled single points of failure, like relational databases in our data center, towards highly reliable, horizontally scalable, distributed systems in the cloud. We chose Amazon Web Services (AWS) as our cloud provider because it provided us with the greatest scale and the broadest set of services and features.

In 2009, Netflix began the gradual process of refactoring its monolithic architecture, service by service, into microservices. The first step was to migrate its non-customer-facing, movie-coding platform to run on Amazon AWS cloud servers as an independent microservice. Netflix spent the following two years converting its customer-facing systems to microservices, finalizing the process in 2012.

This microservice example came not long after the launch of Uber, the ride-sharing service encountered growth hurdles related to its monolithic application structure. The platform struggled to efficiently develop and launch new features, fix bugs, and integrate their rapidly-growing, global operations. Moreover, the complexity of Uber’s monolithic application architecture required developers to have extensive experience working with the existing system – just to make minor updates and changes to the system.

Here’s how Uber’s monolithic structure worked at the time:

To overcome the challenges of its existing application structure, Uber decided to break the monolith into cloud-based microservices. Subsequently, developers built individual microservices for functions like passenger management, trip management, and more. Similar to the Netflix example above, Uber connected its microservices via an API Gateway.

Moving to this architectural style brought Uber the following benefits: